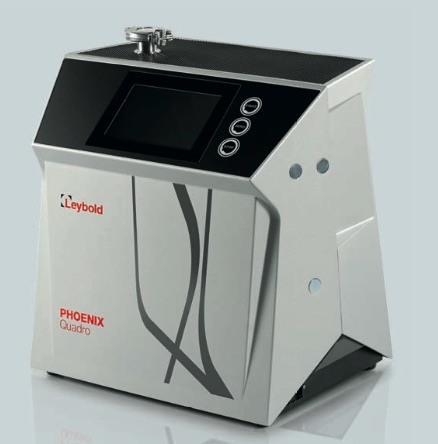 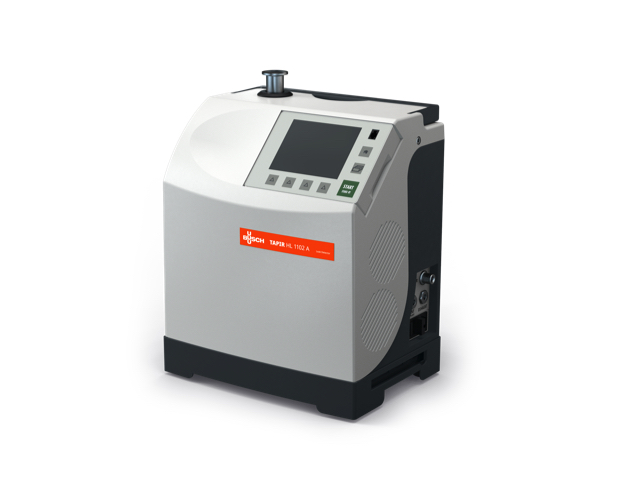 The Leybold Phoenix Quadro is the very best leak detector available for this method. The Quadro comes in oil sealed, and dry versions. The Phoenix Vario allows the user to attach the pump of their choice. This allows leak check of bigger parts and those that require high production.

For inside/out leak detection, a helium leak detector operating in sniffer mode is needed. The part to leak check is pressurized with helium and if there is a leak in the part, the helium passes through it. Helium can then be detected on the atmospheric side and leak located. Detection limits are not as fine as in the outside/in or vacuum method due to the concentration of ambient helium in air of 5 ppm. The Leybold Phoenix Quadro with sniffer probe or the GasCheck are both capable of determining leaks with the sniffer method.

In the last 10 years, some helium sniffer applications have been replaced using a 5% Hydrogen/ 95% Nitrogen trace gas and then using a hydrogen leak detector to detect the leak point. The 5/95 tracer gas is much less expensive and the hydrogen/nitrogen component gases are abundant. Our hydrogen leak detector models can be used for this application.