When it Comes to Inside/Out Leak Detection (sniffing method) 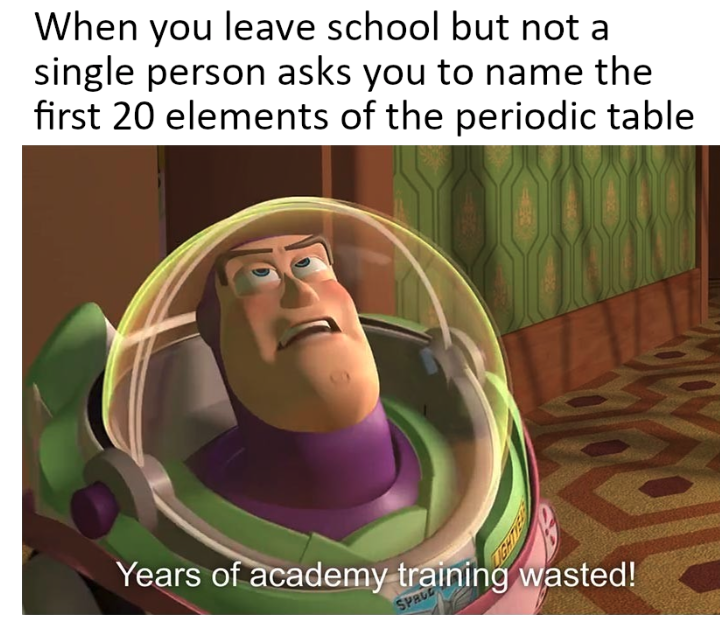 Is is all about the cost?
Helium vs Hydrogen as a Good Tracer Gas?
What about the Cost of Equipment?
Comparing the Equipment Maintenance?

When it comes to doing fine leak testing of a product, the tracer gas of choice has traditionally been helium, Reasons for this are numerous but starts with the fact that helium gas has a low concentration in air. Helium is also is non-flammable, non-destructive, non-toxic, and inert. Plentiful was probably another reason early on in the discussion as helium is a by-product derived in the mining of natural gas. As we all know, helium is lighter than air and thus once released moves upward and out of the way, keeping the testing environment clear of stray helium from a previous test. Hydrogen has a lot of the same characteristics of helium with one major flaw. Between the lower explosive limit and upper explosive limit, Hydrogen is quite combustible. Who has not heard of the Hindenburg?

Is is all about the cost?

While cost of the 5% H2/ 95% N2 (5/95) is less than helium, there are other factors that make the choice to use 5/95. The fact that the 5/95 is less than 25% the cost of helium will always lead the discussion, the characteristics of Hydrogen are just as important. Hydrogen is high energy and is about 3 times quicker in leaving the leak test area. This makes the area background much lower of the tracer gas and allows better resolution in the leak detector to detect a leak from stray background.

Are They Equal as a Good Tracer Gas?

Background in air of helium is 5 ppm. For hydrogen, it is 10 times less at 0.5 ppm. Helium and hydrogen leak detectors today have very similar specifications for leak rate sensitivity. Part of that is because of the low background of H2. Bigger factor is that the leak detectors for hydrogen have gotten much better and now equal their helium counterparts.

What about the Cost of Equipment?

What About the Equipment Maintenance?

Helium can be three different technologies 1) mass spectrometer 2) quartz cell involving permeation of helium through a ceramic membrane 3) thermal conductivity. Both mass spectrometer and quartz cell involve pumps or other parts that collect or pump helium and require a fair amount of maintenance by trained usually factory personnel. Thermal conductivity leak detectors lack the sensitivity to find small leaks. The hydrogen detectors use a H2 sensor and are totally solid state in technology. So sensors need to be changed every 1-3 years but the rest is solid state circuit boards that rarely fail.

So in conclusion, the costs and maintenance are the driving factors to consider H2 leak detectors for sniffing production leak detection. The return on investment (ROI) can be just a few months and most times less than 12 months to switch from helium technology. 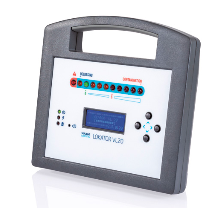 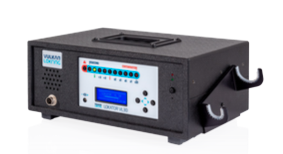 Use on HVAC, coils, refrigerators, ice machines  and other production requiring leak rates of 1x 10e-06 atm cc/sec or larger